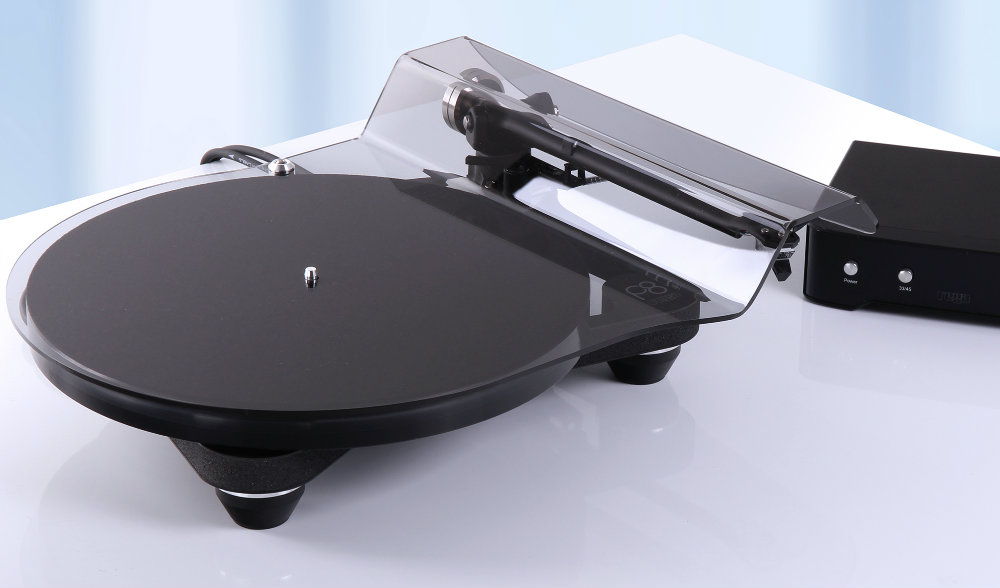 The Planar 8 was inspired by the ultimate Rega turntable, the ‘Naiad’.  Rega – UK decided early on that instead of an evolution of the previous RP8, the new Planar 8 was to be developed and engineered to encapsulate the essence of ‘Naiad’ at an affordable price. The aim was to deliver a level of performance far beyond what has been achieved at this price point before.

Every aspect of the Planar 8 is engineered to extract as much detail from the vinyl surface as possible. Rega Engineers  used the most advanced materials and engineering solutions built around a supremely lightweight plinth to ensure the greatest level of performance.The Planar 8 is supplied with the new RB880 tonearm and Neo PSU as standard which offers electronic speed change, advanced anti-vibration control and user adjustable electronic fine speed adjustment to ensure total accuracy and control over the motor. The outer frame of the previous model has now been removed and a new stylish, removable, single piece dust cover has been introduced further reducing the overall mass of the turntable.

“If you are looking for maximum musical intensity for your pound, dollar or euro you will be very hard pressed to find a better turntable at anywhere near this price. I am a Rega RP10 user myself but I’ve been hearing new things on this newcomer at nearly half the price, it truly is a triumph of analogue audio engineering” Jason Kennedy – editor of the ear.net October 2018.

Available for your listening pleasure at MKoM, Toronto