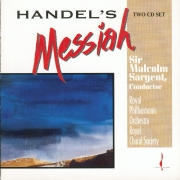 Claude Debussy once remarked that it was amazing that Betthoven’s Ninth Symphony had not been buried under the prose it had provoked. The same is true of Messiah, which, in spite of changing views as to how it should be presented, remains the most beloved and most often performed oratorio ever composed.