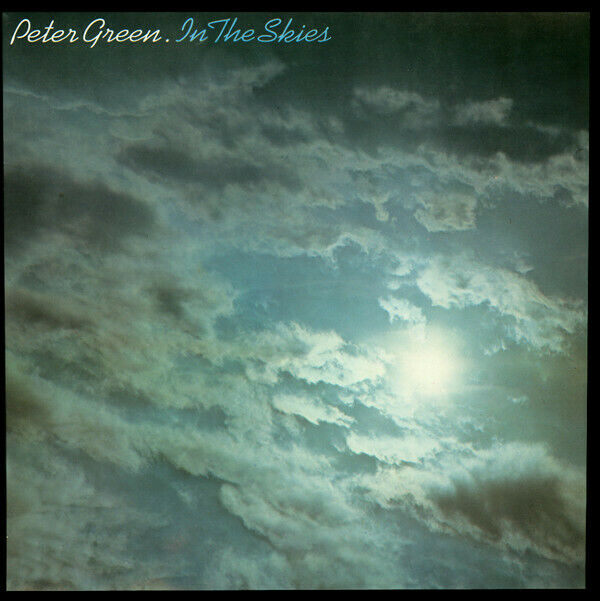 In the Skies is an album by British blues rock musician Peter Green, who was the founder of Fleetwood Mac and a member from 1967–70. Released in 1979, this was his second solo album and the first after eight years of obscurity.

Accompanying Green on this album were several experienced session musicians, including Snowy White, who went on to work with Pink Floyd before joining Thin Lizzy. White contributed some of the lead guitar work on the album since Green was not yet fully comfortable with his return to recording after his long break. Also present was Green’s colleague and friend from his earliest bands, Peter Bardens of Camel.

All tracks were written by Peter Green, with some of the lyrics written by Green’s then wife Jane.[1][5]

Rehearsal versions of “In the Skies” and “Slabo Day” were released on Snowy White’s Goldtop compilation album in 1996.