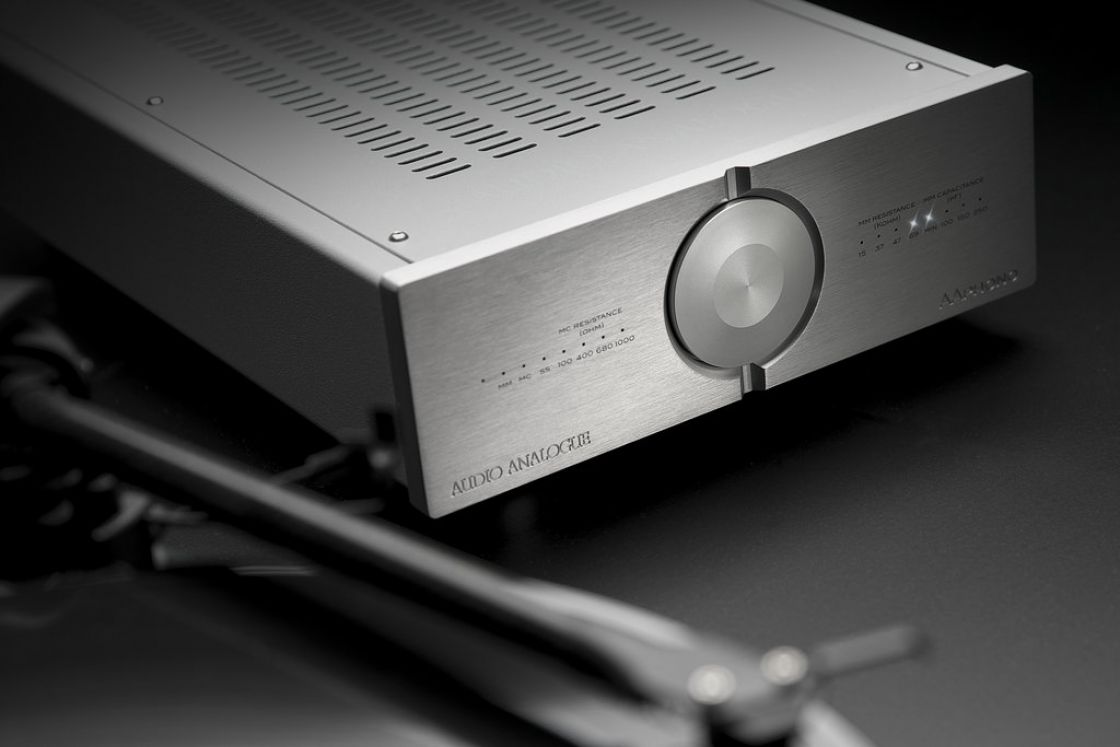 Audio Analogue’s PureAA line aims to draw on some of the key ideas and features of the Anniversary amplifiers but to apply them in a slightly different way. While the Anniversary amps are masters of minimalist focus, the PureAA line sports a set of added features designed to appeal to music lovers who seek a wider range of functions and connections in a single product.

The New AAphono features high quality components with very tight tolerances throughout. Even so, it also incorporates a parallel circuit design in which any errors inherent within components are effectively cancelled out, adding a further ‘safety net’ to ensure consistently high performance.

The AAphono phono stage is fully configurable for both MM and MC cartridges. Highly versatile, it offers plenty of adjustable options that allow you to perfectly tailor its set-up according to your chosen cartridge. These include gain and loading for MC cartridges but also the less common MM input capacitance and resistance. At the same time, the AAphono is effortlessly simple to use. No need to power off, cool down and delve ‘under the hood’. Simply press an easily accessible button to make your adjustments, which will be saved when the unit is switched off or even disconnected.

In addition, three separate toroidal transformers form the heart of the power supply, and hence the heart of the phono stage – one for each of the stereo channels (left and right) and, to keep the audio signal as pure as possible, a third one supplies the control circuitry. In addition, the power supply includes multiple filters to ensure that every section of the AAphono has the best possible operating conditions.

Available exclusively for your listening pleasure at My Kind of Music, Toronto.