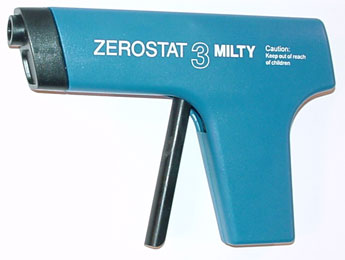 The Zerostat Antistatic Gun is an antistatic “generator” which has numerous applications in any microscopy laboratory. Just squeeze the “trigger” of the Zerostat and a steady stream of ions is released. The “magic” comes from two powerful piezoelectric crystals and a patented compression trigger. Originally developed for removing dust from “vinyl” or before that, normal “phonograph records.”