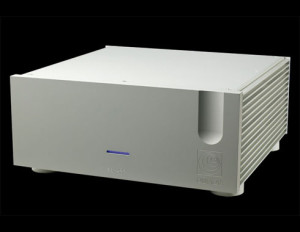 “Untouchable… but not Unreachable”

The road to VPS-100 took many turns in our long and extensive evaluation of topologies and materials, design and implementation.

Usually RIAA equalizer circuits are implemented with capacitors and resistors (CR networks). Capacitors present the so called “dielectric absorption” -energy is stored in the dielectric material and is added to the signal with a small delay producing a ringing character in fundamental notes. This ringing behavior can be noticed in piano notes.

In the past an alternative way of implementing a RIAA equalizer the LCR (Inductance-capacitance-resistance) circuit was proposed.

A long time ago TANGO transformers from Japan used to produce such a circuit working in 600Ohms.

A few manufacturers are using LCR based phono stages using variations of the original TANGO LCR circuit. The challenge in 600ohm LCR eq is to drive the network properly; having no more than 2 gain stages with enough overall gain and low enough output impedance.

The best way of driving the LCR network is by using a transformer. We design and build ourselves the transformers using a special amorphous c-core material. Winding insulation is paper. A properly implemented LCR RIAA sounds much more natural, musical and open than CR networks with better defined macro and micro dynamics.

In the VPS-100 we took it one step further, the 2123Hz pole is formed by air core inductor with practically no stray capacitance at the first gain stage and the 50-500Hz poles are formed in high signal level directly at the output of the second gain stage. So this is a split RIAA design using two gain stages based on the SIEMENS C3g tube. These tubes are very reliable as they are specified for 10.000 hours.

The power supply uses the 6CA4 tube rectifier and a choke filter .The heaters for the tubes are AC in the second stage and DC passive regulated for the first stage. The construction uses no printed circuit boards and is point to point silver wired using our own extruded and annealed to spec silver wire. Special attention is paid to mechanically de-couple the first gain stage and 2123 pole coils using a specially designed decoupling system.

The rest of the construction is mounted on a aluminum sub chassis that forms together with the aluminum bottom plate a very rigid platform.