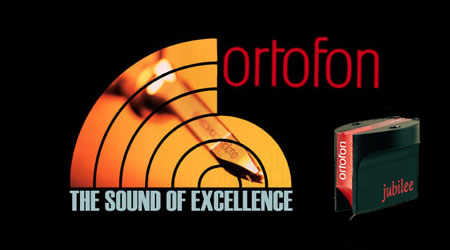 Ortofon was founded in 1918 by two Danish engineers, Axel Petersen and Arnold Poulsen. These two pioneers had one very clear objective in mind – to put sound onto film, and with this, they established the Electrical Fonofilms Company A/S, which later on was renamed Ortofon A/S. A few years later, in the Palace Theatre, Copenhagen, they were able to present the first fully-synchronized sound films and in so doing, created a world sensation.

Ortofon was also the first company to produce an outdoor sound film recording. The founders took out several patents and issued licences to film companies the world over for their “System Petersen og Poulsen”, which is even to this day the basis for film with optical sound.

Until the second world war, Ortofon’s growth was based entirely on the sound film. However, during the war and immediately afterwards, production was re-organized to include record cutting and reproducing equipment. The first Moving Coil cutterhead was produced as early as 1945, and the Moving Coil principle was then further developed to enable production of, first, mono cartridges and, later, also stereo cartridges.

During this busy period of growth, equipment was also being developed for broadcasting networks and recording studios. It was not until later that the Company decided to specialize solely in the development and production of cartridges. Unique experience at both ends of the recording sequence results in unsurpassed performence from every Ortofon cartridge.

Available through My Kind of Music; for more information visit this site: http://www.ortofon.com