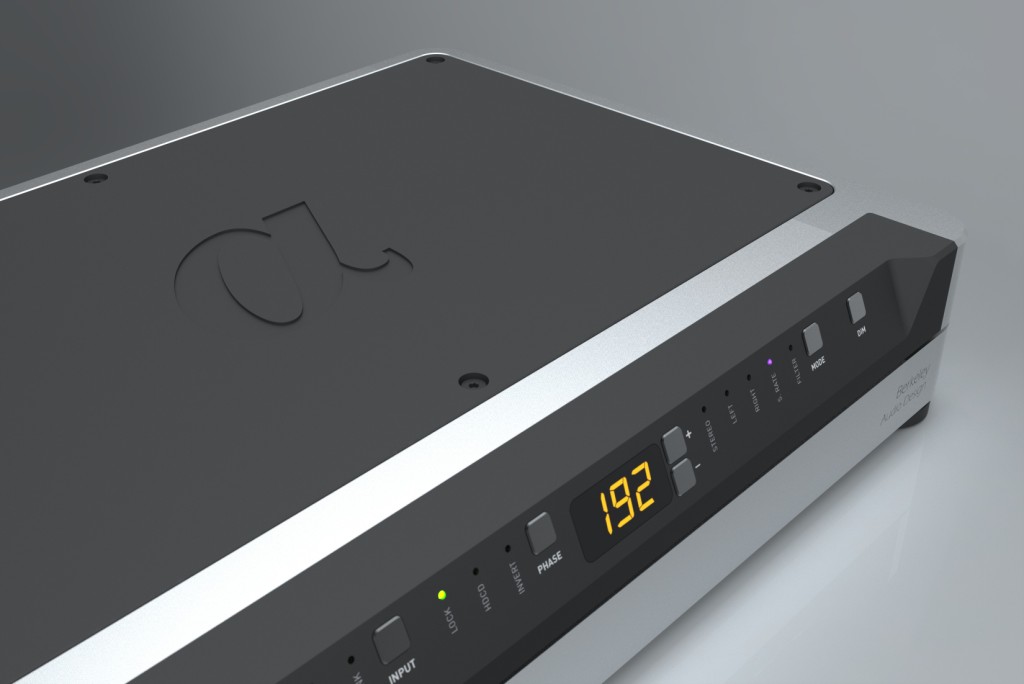 The Alpha DAC Reference Series embodies everything we know about digital to analogue conversion taken to an unprecedented level – a level that requires new design concepts & new components at the edge of what is possible.  The result is an immediacy and presence of music reproduction that is simply real.

The presence & sonic reality of the Reference Series is the result of digital to analogue conversion at a new level of accuracy made possible by tremendous electrical & mechanical noise isolation coupled with extreme time domain stability.  Ceramic circuit board materials are used in all critical areas and the enclosure is carefully engineered to minimize electrical noise while maximizing mechanical stability.  The Reference Series weighs over 40 pounds and the entire enclosure is precision machined from a a solid billet of 6061 – T aluminum alloy.

A new high output, all metal IR remote control with direct input source selection is provided with the Reference Series.

Careful consideration was given to providing the highest possible reproduction of DSD files by the Alpha DAC Reference Series.  99% of modern DAC’s, including the Alpha Reference Series use mult-bit D/A converters because they provide better performance than 1-bit converters – even those who advertise “native” DSD compatibility.  So, at some point, the 1-bit DSD stream must be converted to multi-bit for all of those DAC’s.

We could, like many other manufacturers, convert 1-bit DSD to multi-bit within the Alpha DAC Reference Series and show “DSD” in the front panel display.  That would be the easiest approach from a marketing perspective.  But that would also mean increasing the amount of processing in the DAC during playback which would degrade audio quality, and audio quality is the reason the Alpha Reference Series exists.

Fortunately, virtually all reproduction of DSD files using external DAC’s occurs with a computer based music server as the source.  If the 1-bit DSD to multi-bit conversion is done first in the computer it can be performed with extremely high precision and superior filtering that preserves all of the content of the DSD file.  Computer DSD to multi-bit conversion can be at least as good as that performed in a DAC and without adding processing noise near or in the D/A converter chip.  Another advantage of computer based DSD to PCM conversion is that if higher performance DSD versions such as DSD 4x appear in the future they can easily be supported with a software upgrade.

For all of those reasons, DSD capability for the Alpha DAC Reference Series is provided by an included state of the art software application that provides either real time conversion of DSD 1x and DSD 2x to 176.4 kHz 24 bit PCM during playback or conversion to 176.4 kHz 24 bit AIFF or WAV files.  The software application is included in the price of the Alpha DAC Reference Series and is compatible with either Windows OS or Mac OS based music servers.

More detailed information & a brochure for the Alpha DAC Reference Series will be available by the end of December, 2013.

The Alpha DAC Reference Series is being publicly introduced by a full page advertisement in the January, 2014 issue of The Absolute Sound that will reach subscribers in the first half of December, 2013.  Berkeley Audio Designs hope to have units available for CES in January, 2014.

Please note that the Alpha DAC Series 2 will continue to be available at its current pricing and now provides two SPDIF inputs.

For further information, please feel free to contact MKoM directly and we shall do our best to assist.